NRCP continues to compile quarterly results for labor comparisons for the publicly traded restaurant companies and posting them with commentary. 2017 ended with a nearly $300 million increase in labor costs; costs that should be managed better.  We will continue to track labor costs in 2018 so stay tuned.

The QSR segment lost $87 million, including the enormous gain ($62.3 million) posted by Chipotle (CMG).  Without Chipotle, the loss for the segment approached $150 million.  McDonald’s (MCD) experienced $85.9 million in higher labor costs in fiscal 2017; accounting for nearly all of the loss by the industry. Most companies reported consistent outcomes, each quarter reporting roughly the same dollar amount in higher labor costs.  El Pollo Loco (LOCO) had a wild ride with swings in its quarterly results; as did Luby’s (LUB).  YUM Brands (YUM) posted consistently positive comparisons. 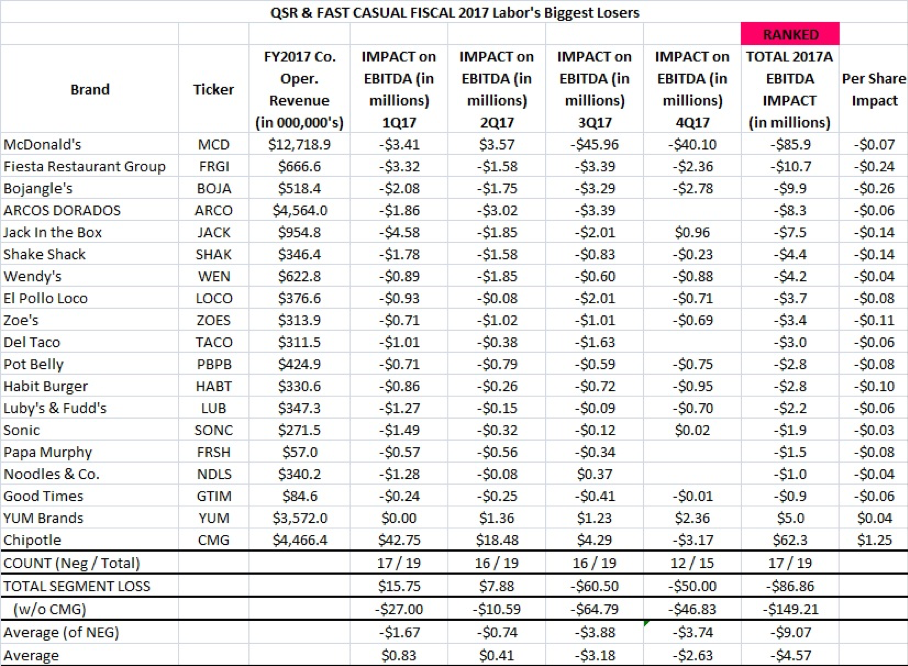 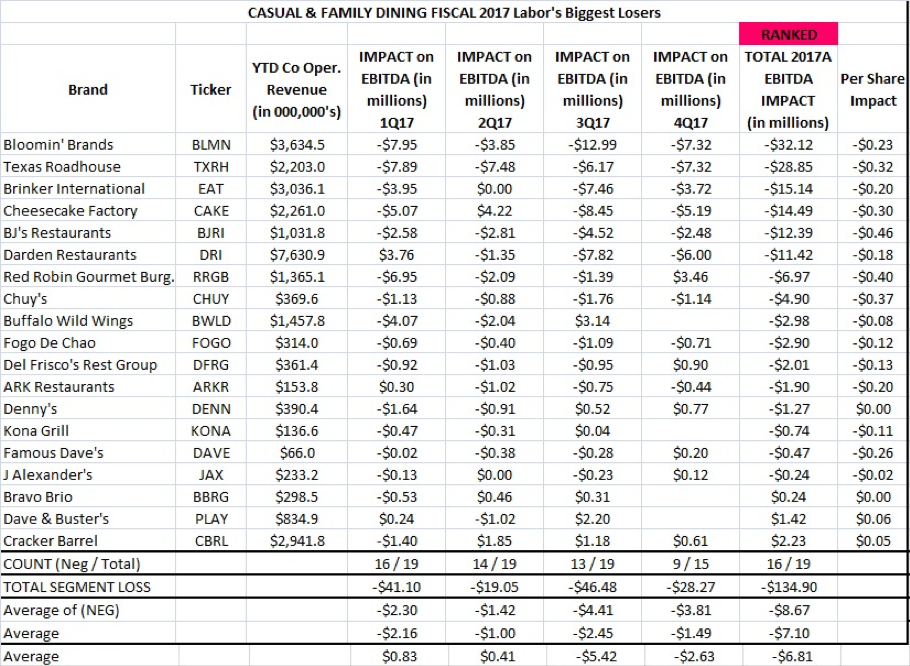