Well, the election is over.  Democrats are eager to push a $15 minimum wage bill within the first 100 hours. Higher labor costs are not going away and are likely to get worse in the next few years.  Don’t bet the ranch that the Senate still being Red will prevent a law from being passed.  The ratio of Republicans to Democrats and Liberal Independents for the next Senate session is 53 to 47.  The Democrats only need to flip four moderate Republicans to achieve 51 votes.  Even if the Senate negotiates a federal minimum wage of say $10-$12 and sends it back to the House, we are still talking about a 38%-65% increase in labor costs.  If a minimum wage of $15 passes it is a 107% increase in labor costs.

Let’s assume legislation on the Federal minimum wage stalls in either the Senate or the House.  Democrats won 7 Governorships, changing that ratio from 33:16 to 27:23.  There are 20 states that have already mandated increases in the minimum wage, with most starting in January 2019.  Increases by State  California goes to $15 by 2022 and Massachusetts by 2023. Even without legislation, employers are raising pay for the entry-level worker.  Demographics of a shrinking workforce continue to drive wages higher regardless of legislation.

As for the 3Q18, both segments (QSR & Casual Dining) barely improved results from earlier in the year and, from a year ago.  Total segment losses of $25.5 million for QSR in the 3Q18 and $33.6 million for Casual Dining bring the year-to-date total to $300 million for the industry. The industry reported $279 million in higher costs due to labor for ALL of 2017.  We still have the 4Q18 to report.

Several companies were acquired as these costs continue to rise.
Examples include:

“Fasten your seatbelts.  It’s going to be a bumpy night” – Bette Davis in ‘All About Eve’ 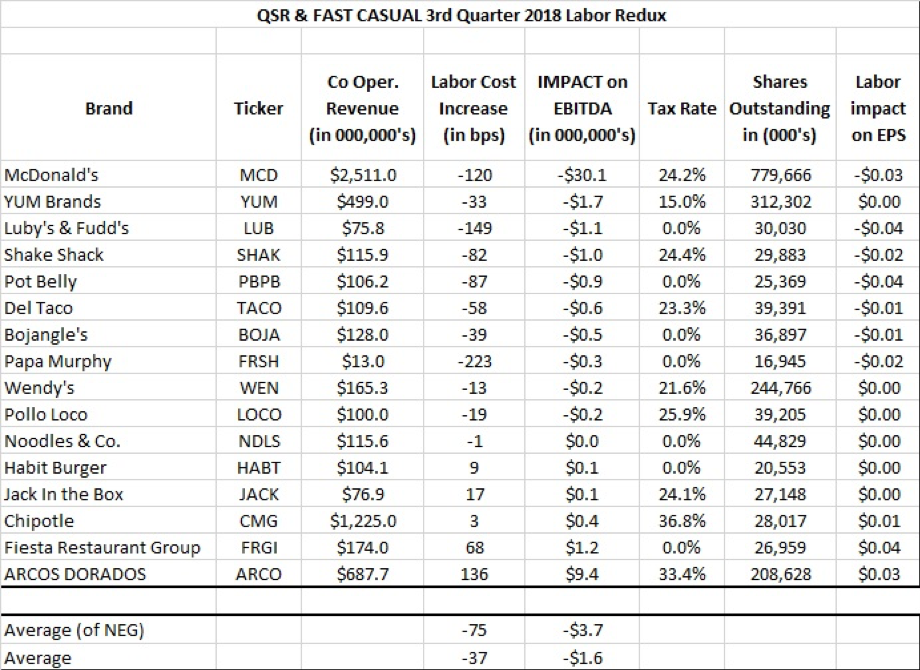 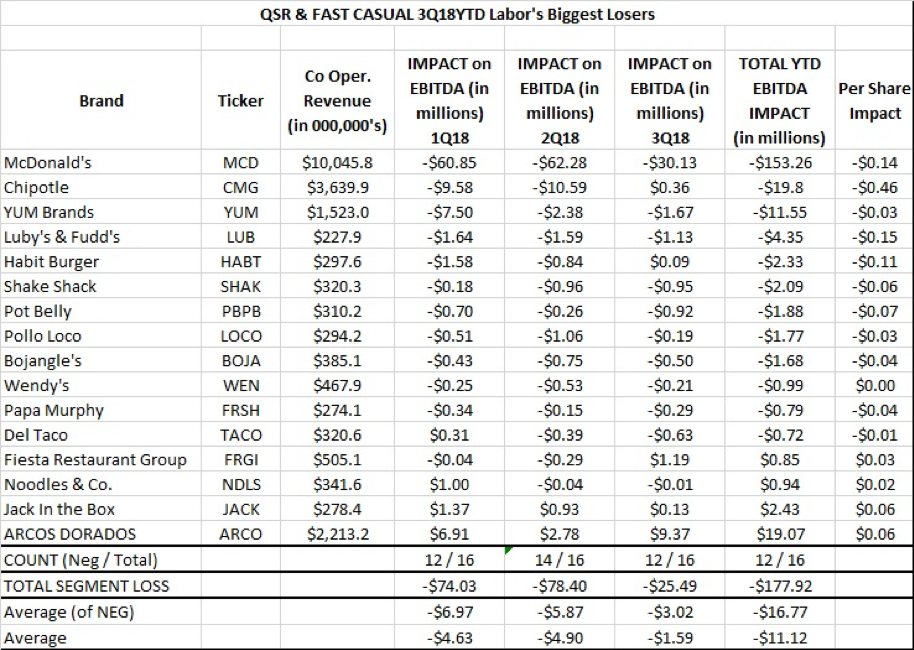 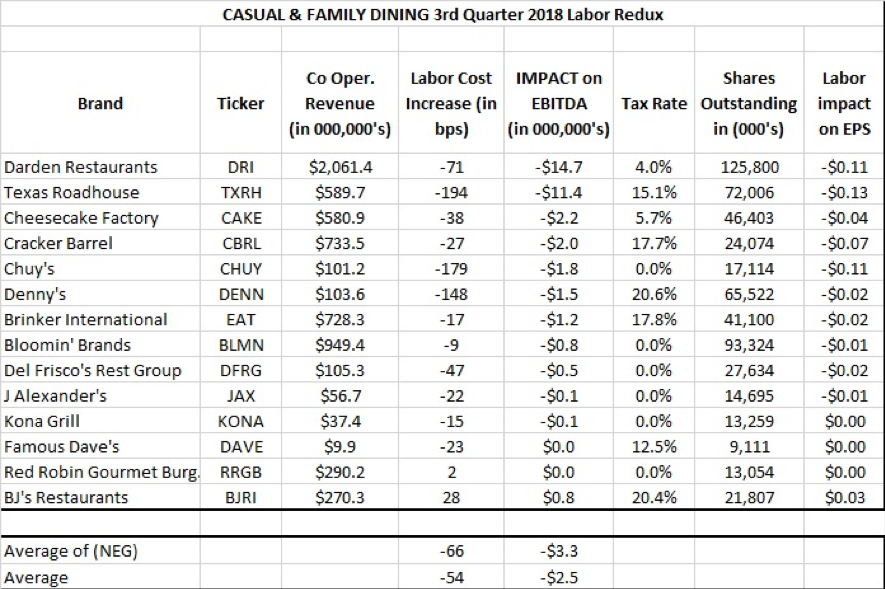 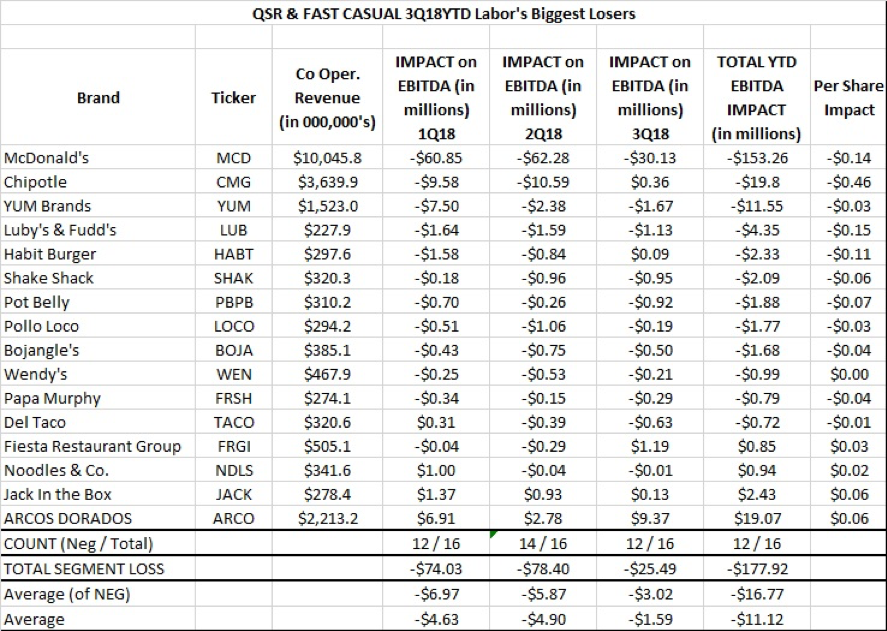