The public companies 1Q18 reports are in.  The industry experienced approximately $120 Million in lower EBITDA due to higher labor costs.  For the last 3 quarters, QSR has experienced the majority of the labor cost issues. This is primarily due to the Casual Dining segment recognizing the problem earlier and beginning to address it. QSR will have to address the issue quickly and begin to better optimize labor costs amid a struggling sales environment and in the face of the call for higher wages by employees and political forces.

Casual Dining continues to get hurt by higher labor costs.  The segment reported $43 Million lower EBITDA in the 1Q18; these results are in line with losses posted in the 1Q17 and 3Q17.  It should be noted that these quarters contain the lowest seasonal sales months of January and September.  If trends continue, the segment should post better comparative results, although still negative, in the 2Q18.  The segment’s public exposure continues to get smaller as acquisitions drain the pool of companies reporting.  These companies are likely trying to resolve their labor issues while private and once labor norms are re-established and a growth plan developed, they may seek to re-enter the public market.  It is also likely that we may see further reductions in the public count as other companies seek this avenue to help fix their labor problems out of the limelight.

The low lights for the 1Q18 remain TXRH with 5 consecutive quarters of lower EBITDA attributable to higher labor costs.  BJ’s Restaurants and Chuy’s are the only other companies to have reported 5 consecutive quarters of negative labor costs comparisons.  BJ’s, while still negative is exhibiting a trend in the right direction.  CHUY appears to be generating labor costs on track with last year’s $4.9 Million negative impact to EBITDA.  The other four major casual dining players, BLMN, EAT, CAKE and DRI have reported four out of five negative quarters , since 1Q17, when we started this quarterly blog.  Most of these players had flat to positive same-store sales in this period as well. Smaller companies like ARKR continue to struggle with negatively impacted EBITDA but appears to be improving sequentially. 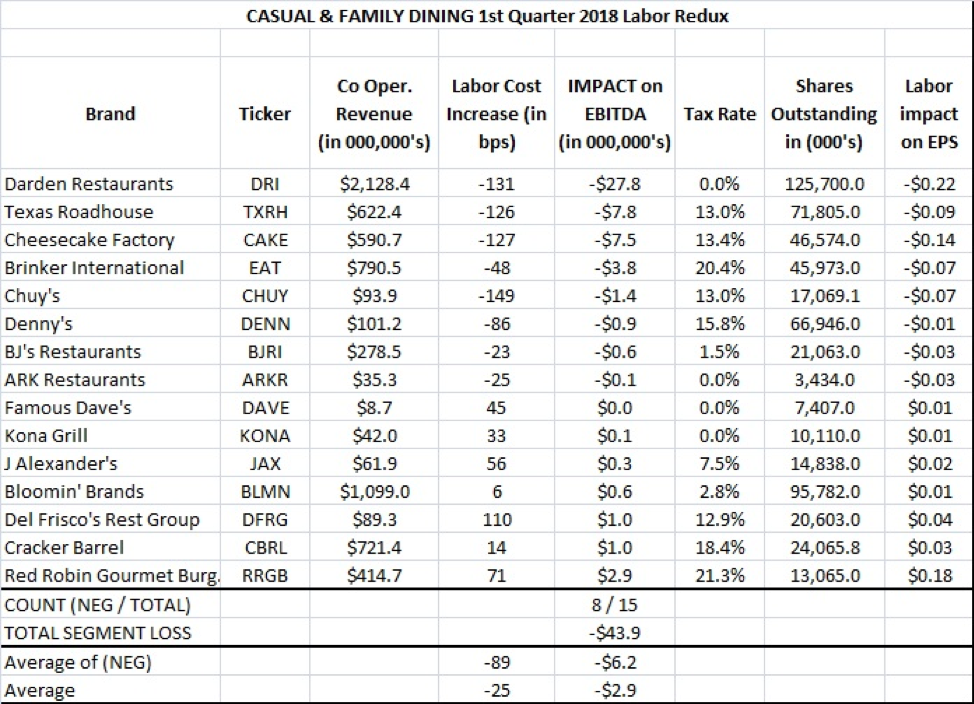 On the QSR side, labor costs comparisons only seem to get worse.  The public companies in the segment reported $76.3 Million in lower EBITDA due to higher labor costs.  This 1Q18 result compares with the negative comparison of $84.2M in all of 2017 for the segment.  The 2017 negative labor comparisons were generated in the 3Q17 and 4Q17, only partially offset by the positive comparisons earlier in the year. 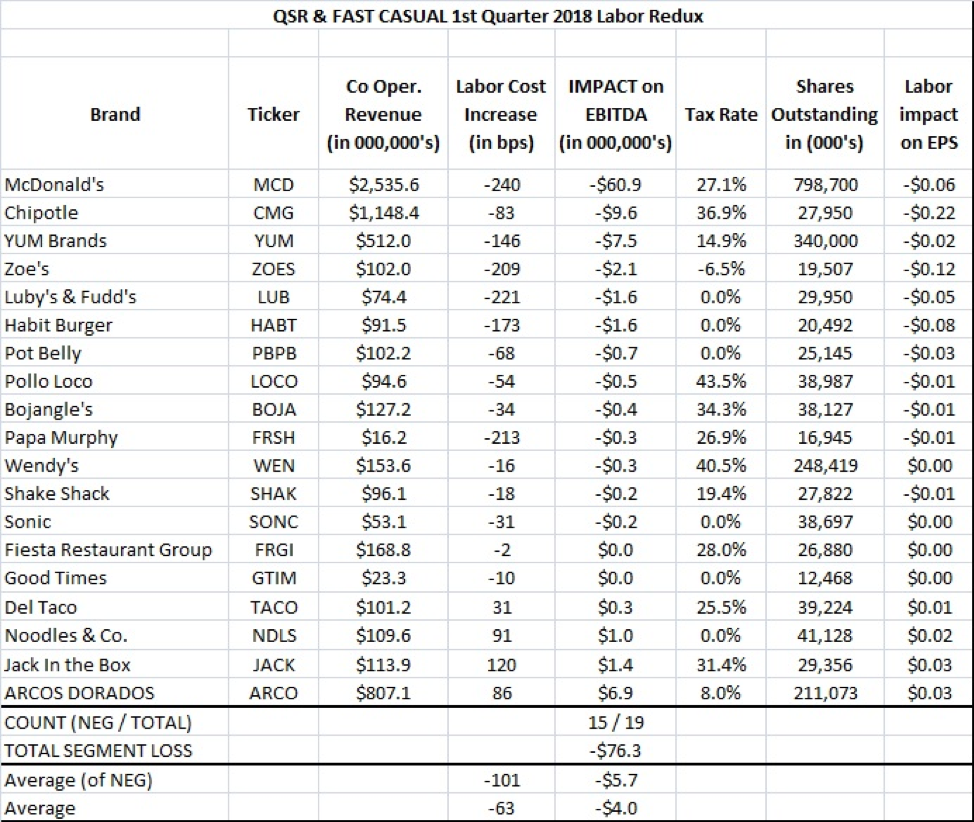